Out of all of my grandfathers, Grandpa Bottoms was probably the one I spent the most amount of time with. Though, I still feel like I didn't know him very well. He always seemed to me to be a very private man. In a way, its a bit ironic. You know the saying women marry men like their fathers; well... my mom and I both did. We both in turn, have married private men.

Grandpa Bottoms, as refered to in the previous paragraph, is my mothers father. He was born and raised in Indiana. Margaret Christy, my maternal grandmother, was his first wife. I don't know how old grandpa was when they were married, I just know that they were both in church choir together. They were divorced about a year after my mother was born. Even though he was remarried, he still carried a picture of Grandma Totton(Christy) in his wallet. Grandpa worked 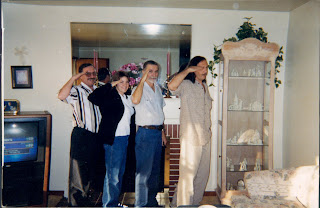 with sheet metal... I can't remember who he learned the trade from, but I remember him telling me about it. He was drafted into the Army during the Korean war, and was stationed at Ft. Leavonworth, KS. That was where he met his second wife, Dolores Montgomery (Dodie, or Mimi, as us grandkids called her). Mimi had 3 boys when they met, and when they were married, he moved the entire family to Indiana. My mom was raised by her mother, but had visiting weekends with Grandpa. My mom remembers that grandpa worked a lot... he was a very hard worker. He was a sheet metalist at Harvester International... I believe he retired after 30 years. About 10 years ago, grandpa took me to the factory and gave me a tour... discussing with me all the things he had worked on and how he came to be a sheet metal worker.

Every year, Grandpa and Mimi would rent cabins by a lake in Shakamak State Park. Everyone would be there... all the aunts, uncles, cousins, and friends. We would stay for an entire week. Fishing was one of his favorite hobbies.... he had a boat named Paula Jean (named after his second daughter). Grandpa also loved to golf. One time I worked as a caddy for him to earn some extra money. 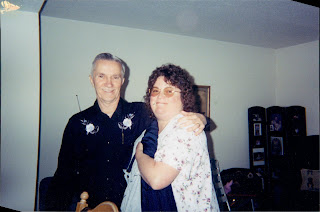 Grandpa and Mimi took many trips. One great thing that they would do was to take each grandchild on a vacation of their choice when they turned 12. I chose to go to Washington DC and we had a fabulous time. I was privleged to go to Leavanworth, KS with them when I was 16. I have to admit, that it was one of the best vacations I have ever had.

If there was any man in my family that was a gentleman, it was Grandpa Bottoms. He was sauve... a real charmer. He was graceful on the dance floor (I think that's how he stole Mimi's 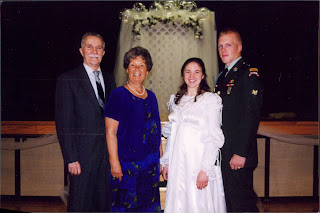 heart). Grandpa Bottoms had class. I honestly can't say why... he just did. I loved to hug him. When we hugged, I could feel the love he had for me. He was also one of the only men I kissed on the lips. It's because of him that I love to smell the smoke from a pipe... grandpa had a small collection of pipes, and I would often see him smoking one of them. To this day, when I smell a pipe, I think of Grandpa Bottoms. Though not a memeber of the church, he was always doing genealogy research. He would even travel to other states looking for the gravesites of our ancestors. One thing we made fun of about him was the fact that he read the obituaries religously. Whenever someone he grew up with or knew in any way died, he would go to the funeral. He was also a packrat... something my mom and I both inherited from him. He kept everything. He collected stamps and coins and pictures. 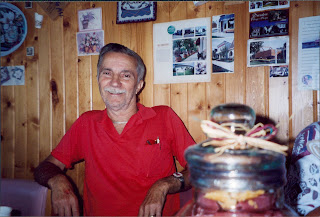 I could probably go on a bit longer with things I know about Grandpa Bottoms... but I'm not going to. I will say this... I miss him a lot. I'm looking forward to seeing him again when I get to the other side of the veil, receiving a great big long hug and giving him a kiss right smack on the kisser! To bad he won't smell like a pipe...
Posted by CM Stephensen at 12:00 AM

Wow, thanks for sharing about your Grandpa. I loved it