I've been seeing ads for this company all over the place since Abby was born. I've been reluctant to purchase... but when I got an email from Pampers late last week giving me $10 off a first time order plus 500 Gifts to Grow points, I figured this might be a good time to try it out.
Well, I did my research while placing my order, trying to make sure I was getting a deal. I calculated how much I normally pay for diapers and how much I would be paying at diapers.com. I decided to go ahead and order a box of wipes as well, since I needed to spend over $49 to get free shipping. 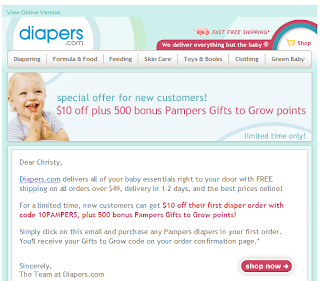 Well, with the $10 off, I was about 5 short, so I figured I buy a toy or something. I decided to hold my order till we got our February 1st pay so that I was spending the February diaper money. So, for a couple of days, I thought about what I should buy extra, then I remembered I had seen these really cool Arm & Hammer Nursery Fresheners from Munchkins in my Parents magazine back in December. I've been wanting them since I saw them, so I checked it out and sure enough, diapers.com had them in stock! They add 5.99 to my order putting me at around $59 and some change (because of tax). 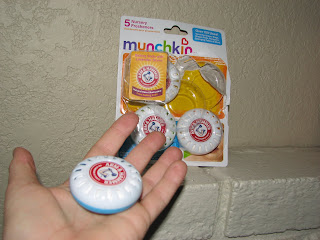 That seemed to much to me, so I went back to see how much I was paying for the wipes. I was really surprised to see that they were $14.99 for a 384 pack versus the $11.98 for 448 that I was paying at walmart. I called diapers.com up and asked about this and found out they price match. Only problem was it had to be listed on a competitors website, not an instore price. Walmart.com didn't have the same package so I looked around and found it at Target.com for $12.69... not as good as walmart, but $2.30 less. I was ready to order!
I called diapers.com back, told them about the Target price, they checked it out and took the price right off my order before checkout. Then I purchased.
I realized later that I never got my 500 Gifts to Grow points and meant to call them yesterday to see if they could help me, but didn't get a second to call.
I ordered on Wednesday around 230pm and got my box last night (thursday). 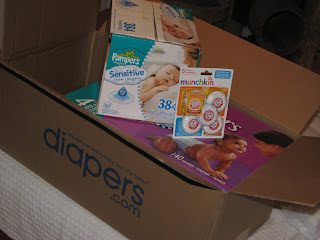 Well, this morning I was double checking how much I had payed for diaper when I discovered something not so good! They had sent me the wrong box of diapers; Size 4 at 140 count instead of Size 3 at 160 count. I immediately checked my invoice then called diapers.com again. I told the lady about the points first. It was my mistake that I didn't get the points (you have to click directly on the link in the email), but she was so nice about it and gave me a code for the points.... apparently lots of people make the mistake. 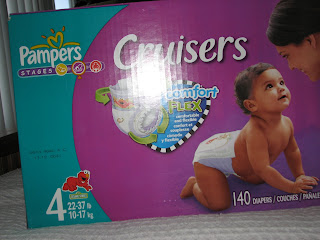 Then I told her about the diaper mix up... I was trying to figure out how I was going to ship these bigger diapers back when she told me that I could keep them for free and that she would send me the box I had originally ordered! How cool is that?!! Instead of paying 27cents a diaper, I paid 14cents a diaper! 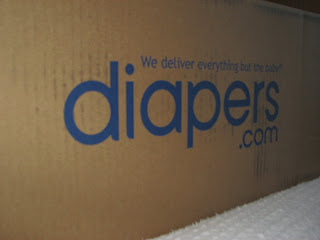 diapers.com is A+ in my book!
Posted by CM Stephensen at 8:28 AM